Novi Bed Bug Confidential: An Expert Explains How to Defend against the Dreaded Pests 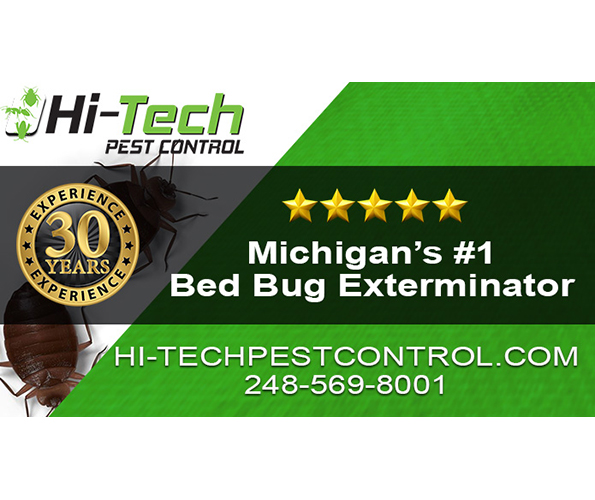 You may have had a run-in with Novi bed bugs. It could have happened in a squeaky clean bedroom, in a hotel room, office, or college dorm. The February issue of Scientific American entomologist Kenneth Haynes of the University of Kentucky explains that after a lengthy absence, bed bugs are bound to make a comeback.

However it is good to know scientists are studying these insects, and they suggest novel ways of detecting the bugs and eradicating infestations. Some solutions require lengthy measures but the best bet is to avoid bringing bed bugs home in the first place.

Novi Bed Bugs – Do They Feed on Humans?

Bed bugs prefer mammals without fur such as humans. Bed bugs are also known to parasitize bats. In the wild, the bugs might feed on guinea pigs, mice, cats, and dogs. However, the fur is a barrier to them. Usually, they feed at any place on the skin without fur. Notably, bed bugs are not specific to humans, they have adapted humans over thousands of years.

Do you have a Novi bed bug infestation in your home?

There are some ways to determine if you have an infestation. Usually, when couples have reported that only one partner is getting bitten, they both are getting bitten, but only one reacts to the bites. Approximately thirty percent of people or more don’t react to bed bug bites at all. 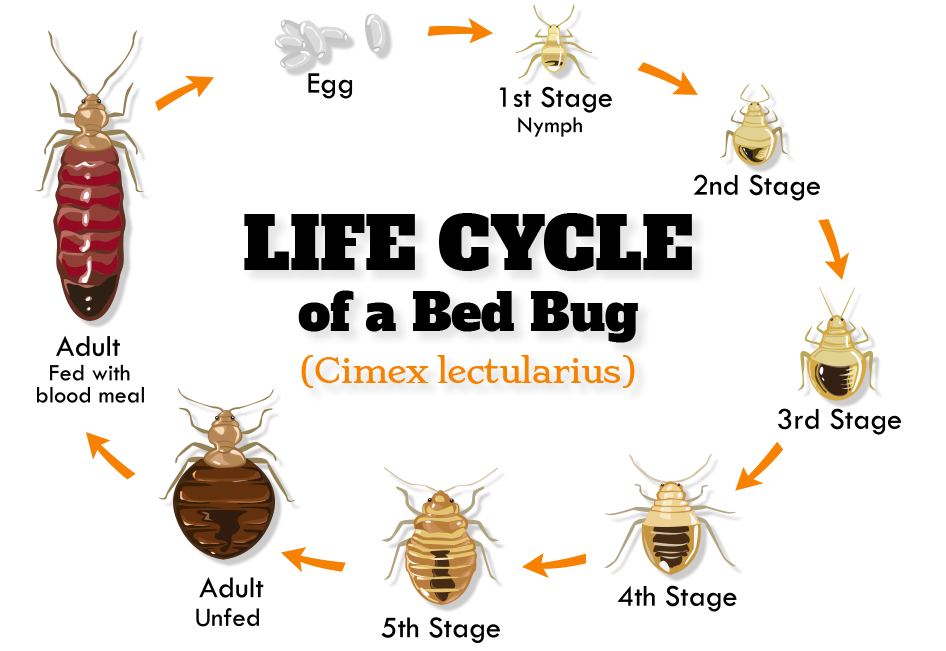 Additionally, the elderly are much less reactive than the rest of the population. Those people who do react to the bites don’t respond to it early but they do develop sensitivity. Individuals who are not sensitive to bed bug bites may not know they have an infestation. Bed bugs are nocturnal which makes it’s hard to see other signs of their presence. If it’s a huge infestation, the bugs will start to move away from the bed, so its much more likely to see them exposed,  during the day. People can become anemic in very severe infestations. That will take maybe 100,000 bugs feeding once a week or more.

The odor is another clue that you might have an infestation. Many species of bugs, including bed bugs, release odors called alarm pheromones. You may get a whiff of that odor when a group of bed bugs gets disturbed. The odor is similar to the odor stink bugs give off. The odor is unpleasant at higher concentrations. Some people perceive that it is pleasant because like coriander, at low concentrations, it’s a faint smell. Older literature refers to the bed bugs as the coriander bug.

What can one do to avoid getting Novi bed bugs?

It’s important to be able to recognize and distinguish a bed bug from any other insect. Don’t worry about them or everything will start to look like a bed bug. An adult bed bug is approximately the size and shape of an apple seed. It will be flattened and brown if it has not fed recently. If it fed on blood recently, it will be round and reddish. Immature bed bugs have a similar appearance, however, they are about the size of the head of a pin.

Look for their fecal spots its easier to detect than the bugs themselves. When you travel, check your hotel rooms. Think twice before bringing home used furniture. Ask the furniture store how they deal with bed bugs if you are purchasing used furniture. If they don’t have a plan to deal with bedbugs, that’s probably not a good sign. If you purchase used items, put it through a clothes dryer on a medium to the high setting as soon as you bring it home. Before moving into an apartment, ask the landlord whether the building has ever been treated for bed bugs or if there has been a bed bug infestation in the past.

What should one do upon suspecting a Novi bed bug infestation?

What makes you think you have bed bugs? A skin reaction alone does not indicate the presence of bed bugs. Not only other bugs, but allergies and irritants in the environment can produce similar skin reactions. It can be difficult to confidently identify a bed bug bite because reactions vary amongst different people.

Have you seen an insect in an area where you sleep? Check to see if it’s the correct size and shape to be a bed bug. Carpet beetles are commonly mistaken for bed bugs. The carpet beetle doesn’t look similar to a bed bug, but it is the same size. It’s another common insect to have around the bed. If you find an insect and you’re not sure, save it in a pill bottle or another container so a professional can identify it. 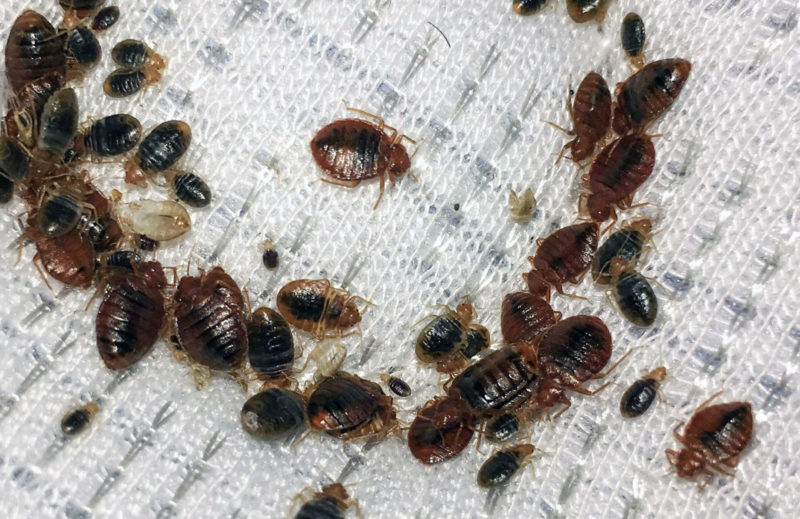 Once the infestation suspicion is confirmed, don’t spread things outside of the bedroom. Don’t take the sheets off the bed as that will just move the infestation to other rooms. Sleep in a different room. Pest control operators will tell you to put everything through the washer and dryer. Bed bugs cannot withstand high temperatures. Bed bugs aren’t able to survive dry cleaning. Despite this fact, dry cleaners and Laundromats can be places where people most likely pick up bed bugs.

Heat treatment is the safest and most effective approach to getting rid of bed bugs. Trained professionals typically heat the rooms one by one to a temperature of 50 degrees Celsius for four hours. Desiccant clouds of dust are often applied into wall voids. Heat does not penetrate well in those areas. No single technique can eliminate bed bugs it is best to combine approaches to getting the job done.

DIY approaches are risky. Pest-control bombs or foggers that are available over the counter don’t work well against bed bugs, according to research from Ohio State University. They can expose people to harsh toxic chemicals. Over-the-counter aerosol insecticides aren’t effective against bed bugs either. These products have either pyrethrin or a pyrethroid as a main ingredient and those compounds have the same action as DDT, which bed bugs are resistant to.

You can spray the bug directly and you might kill it. However, that will not get rid of the infestation. Finding all the bed bugs is the problem. It’s difficult for nonprofessionals to do anything more than kill what they can see, some can’t be reached.

Pest controllers will put dust in wall voids where pesticides won’t reach. Dust such as diatomaceous earth can help in this regard. The bugs will wander through the dust, pick up particles, and be more vulnerable to desiccation after that exposure. Be careful using this product, clouds of dust can cause breathing difficulties in some people.

The Internet abounds with so-called miracle cures for bed bugs, snake oil, using bleach, ammonia, and even DIY heat treatment, which carries fire risk. You can vacuum up a lot of insects, but the eggs are harder to get. Pest control operators take measures to prevent bed bugs from escaping when the vacuum is emptied.

Encasing mattresses is a good solution, but it doesn’t get rid of the infestation. There are other bugs away from the mattress, hiding nearby. What mattress covers are good at is entombing these unwanted critters.

Given that you work with bed bugs, how do you avoid bringing them home?

Working with Novi bed bugs in a lab situation, we have to take extreme precautions to prevent escapes there. In a lab, we handle all the bed bugs in a specific room that is steamed clean once a week, and double-stick tape barriers that they can’t walkthrough. The Novi bed bugs themselves are enclosed in containers that they can’t get out of. We feed them by laying a blood reservoir against the cloth. The bed bugs have to push their mouthparts through the cloth into the reservoir to feed.

If you go to an infested apartment, when you leave, check your shoes very carefully for bugs that may have crawled onto them, keep a change of clothes in the garage and put them on before entering the house; immediately put the clothes you wore to the infested apartment in the dryer, which is located in a room just off the garage. 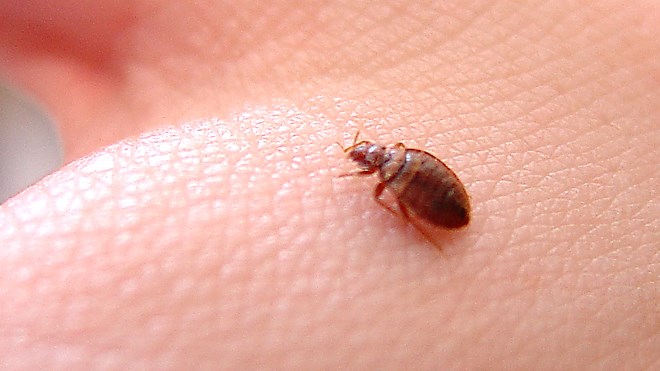 When staying in a hotel, check the bed before you get in. Always bring the suitcase into the sleeping part of the room so that if you have to ask for another room, you haven’t exposed your suitcase to the bugs.

When settling in, put your suitcase up on the suitcase stand because the probability is low that a bug is going to crawl up the stand and into the suitcase. Keep the clothes in the suitcase or hang them in the closet, don’t leave them on the floor because wandering bed bugs might crawl into them.

How should one check a hotel room for bed bugs?

Use a little flashlight, pull back the bed covers, and look all around the head of the bed. Pull back the sheets and look at mattress seams and edges that are exposed. Bed bugs hide under mattress tags. Look around the box springs. Look for moving, stationary, and hiding bugs.

All stages of bed bugs are visible, at least if you have a sufficient amount of light and if you’re looking closely enough. A fecal spot, for its part, can be as large as a bed bug itself they are digested blood, so most are dark in color.

Tactics that professional exterminators use

No one tactic alone is effective. A good pest control operator develops a strategy to deal with the bed bugs and will return several times to check on progress. Steam has a better penetrating ability. The downside is that it leaves moisture behind. Dry ice doesn’t leave any residue. Vacuuming is effective, but it has limitations, too. Some insecticides leave behind deposits that are slow to act initially but are effective in the long-term. Others kill on contact but only reach insects that are in view.

Nobody can provide you faster bed bug relief than Hi-Tech Pest Control. Our expert staff understands the life cycle of these pests and how to get rid of them forever. Contact us today and receive a free Novi Bed Bug Removal estimate.